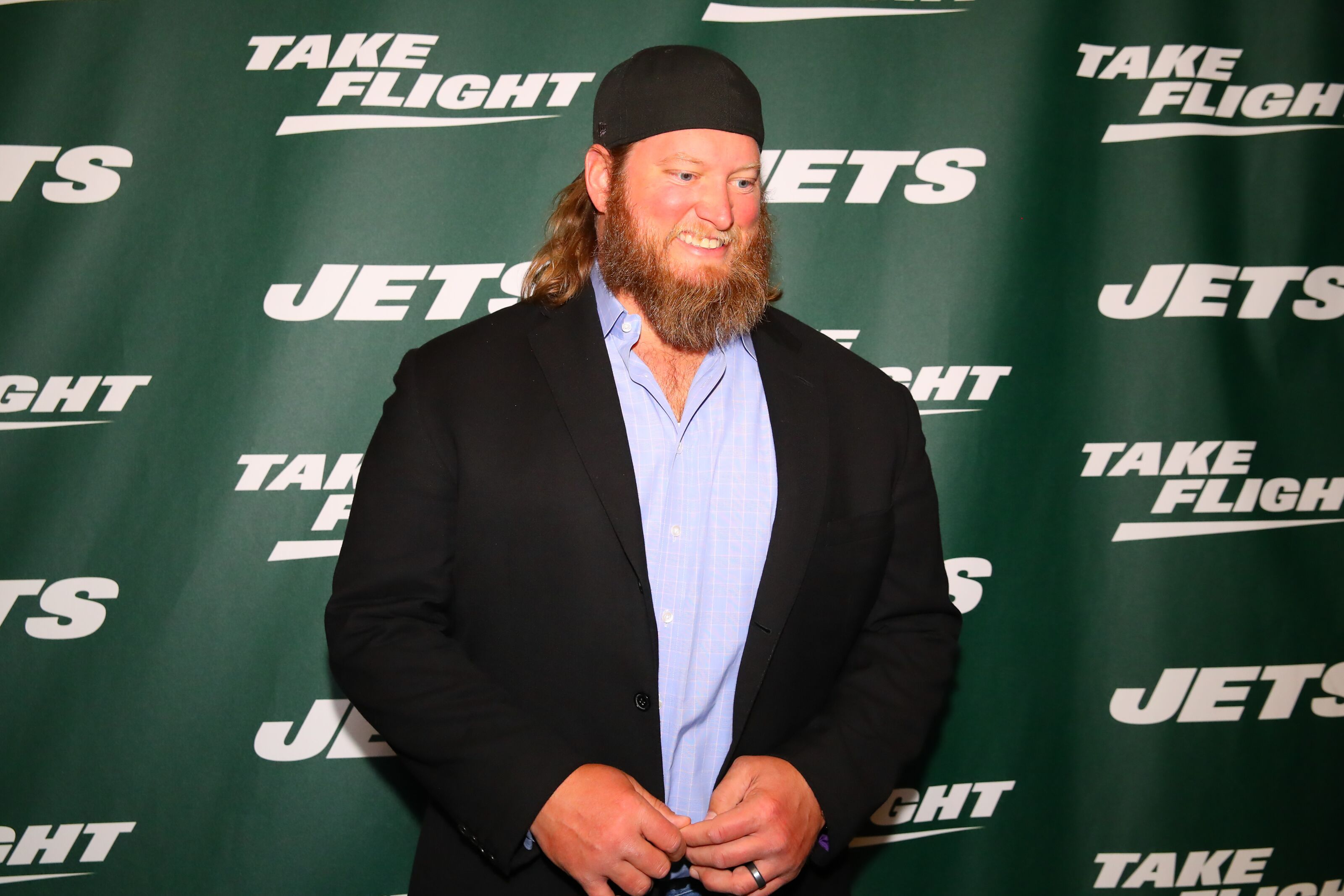 Nick Mangold spoke with FanSided about the state of the New York Jets, Bernzomatic torches, life after football and much more.

New York Jets fans still recognize center Nick Mangold as a mainstay during his career in the Big Apple, and not surprising to anyone, he’s still 100 percent loyal to the franchise that he spent all 11 of his NFL seasons with.

Speaking with FanSided’s Mark Carman leading up to Super Bowl 54 in Miami, Mangold expressed optimism over the direction the Jets are trying to head in.

The Jets finished their most recent with a disappointing 7-9 record, missing the playoffs for the ninth straight year, but Mangold wasn’t deterred.

“I think if Sam [Darnold] doesn’t get mono, it might be a different year,” he said. “As long as we keep him from getting mono this coming year, hopefully they can do better.”

So there’s really no critique to be had of the New York Jets right now in Mangold’s eyes? No area where they could improve?

“Pay me more money,” he said, laughing. “Just randomly. Randomly send me checks. That’s what they could do better.”

Leading up to Sunday’s big game, the seven-time Pro Bowler was promoting Bernzomatic torch products, which is making a foray into the world of grilling.

“We are taking the torch away from the construction and putting it into the tailgate,” Mangold explained. “So if you’re thinking about a tailgate, you’re walking through, you see people grilling and smoking, tossing around a pigskin, having a good ol’ time, if you walk by and see somebody with a torch, torching up a hot dog, you’re probably gonna wanna stop and see what’s going on.”

Mangold said Bernzomatic has torches for grilling from little ones for brûlée all the way up to big ones for starting a fire pit. Their website also has dozens of recipes, including a few Latin-inspired dishes for the build-up to Super Bowl 54 in Miami.

Among the other topics in the interview, Mangold discussed the Ohio State-Michigan rivalry, how his body feels after retiring from football in 2016 and more.

Nick Mangold spoke to FanSided on behalf of Bernzomatic.

Could the Cowboys have made the playoffs in 2011 with LeBron James?
Eli Manning stuns fans by finally joining Twitter, immediately gets teased by Tom Brady
Minnesota Vikings: 5 free agents to sign in order to win in 2020
Chad Johnson leaves $1,000 tip for Florida waitress
Twitter is crushing Tom Brady for being awful at golf